When you are planning to buy a UPS unit, it’s important to pick a UPS that would meet your specific needs, and optimize the performance of your equipment. In the previous two parts of “Choosing the Correct UPS Backup” we discussed some factors and considerations that play a key role in picking the right UPS. In part three we will give you some additional tips that would help you make a relevant and well-informed decision.

Reactance loss can be defined as the resistance to alternating current flowing that is a result of inductance. Some people tend to confuse reactance with resistance, but these two terms have totally different meanings. When reactance occurs the “useful power” that is available from the “apparent power” is reduced. The ratio between “useful power”(watts) and “apparent power” (volt-amperes) is called Power Factor (PF):

When you first power on your computer system, a sudden inrush of current would occur, resulting in a load spike. Turning a system on for the first time would take up a little more Amperage than to sustain it while it’s already running. To cope with this inrush current, a UPS has an output overload specification. The overload specification is not the same for all UPS products, so when buying a UPS unit it is important to ask about its output overload specification, and make sure that it fits your specific needs. Typically a UPS that is capable of supplying an overload of 150% for up to one minute would be considered reliable. A UPS that is operating at or near to VA rating might go through a temporary overload when the equipment connected to it is turned on for the first time. That’s why you must avoid loading your UPS at or near its 100% capacity.

The Crest Factor is defined as the ratio between the momentary peak current and RMS (root mean square) that is required by the load. The UPS must be capable of supplying both the peak and the root mean square required, in order to function properly.

There is a common misconception that UPS units’ only purpose is to provide backup to electrical appliances in case of outage, but a UPS unit is something more than just a backup device. A good UPS functions as both a surge suppressor and a line conditioner. A UPS unit can improve the performance of the systems connected to it by filtering out spikes, surges, sages, and sometimes even line noise. However it’s important to note that not all UPS units can perform the above mention tasks. The amount of protection provided depends on the type the UPS you are using. As we already mentioned in “Choosing the correct UPS (Part One)”, there are three main types of UPSs - standby, on-line, and line-interactive.

A typical Standby UPS unit functions as a switch that rotates power directly to the equipment connected to it under normal operation. The voltage-sensing switch goes from bypassing the UPS to using the battery whenever there is a power outage. This type of UPS does little or no power conditioning, so its main purpose is to act as a switch that draws power from the batteries. When a Standby UPS switches from utility power to battery power, the system might experience a minor surge in output voltage. The batteries of a typical Standby UPS would last around 2-3 years and in some cases they are not replaceable. 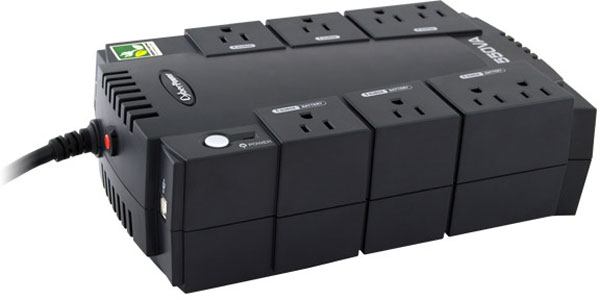 Line-interactive UPS units are capable of providing up to +/- %25 of protection to the connected load against surges and sages, without even switching to battery mode. This not only improves battery life making the UPS more efficient, but it also provides the load with a greater degree of protection. When incoming power is outside of the buck and boost input voltage range, a voltage-sensing switch would be used to draw power from the batteries. However, as power is transferred to the batteries, the system would typically experience a momentary surge in the outgoing power. Unlike standby UPS units, line-interactive batteries are replaceable. The lifespan of line-interactive UPSs is about 3 years. 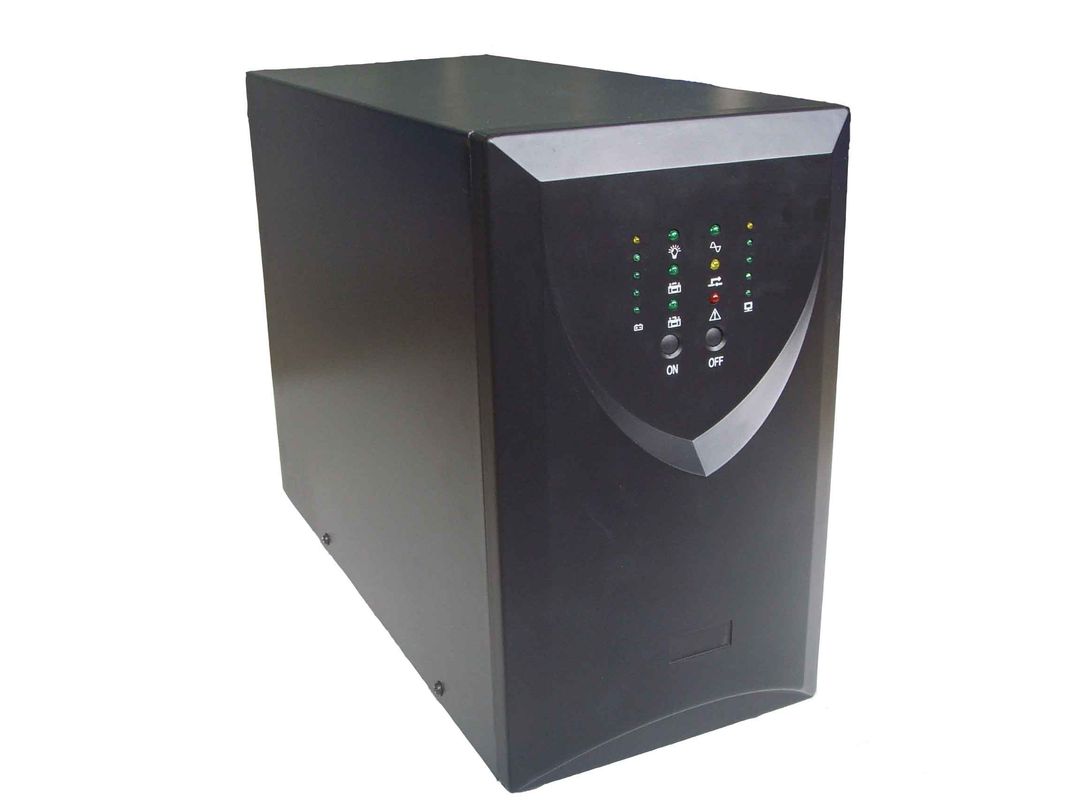 An on-line UPS unit uses a “double conversion” method of accepting alternating current input, rectifying it to direct current for passing through the rechargeable battery, and than inverting it back to 120V/230V alternating current in order to power the protected equipment. The greatest advantage of on-line UPSs is their ability to provide an "electrical firewall" between the incoming utility power and the sensitive electronic equipment. An on-line UPS battery would typically last around 5 years and longer. Compared to the other two types of UPSs, on-line UPS units provide the highest level of power protection. 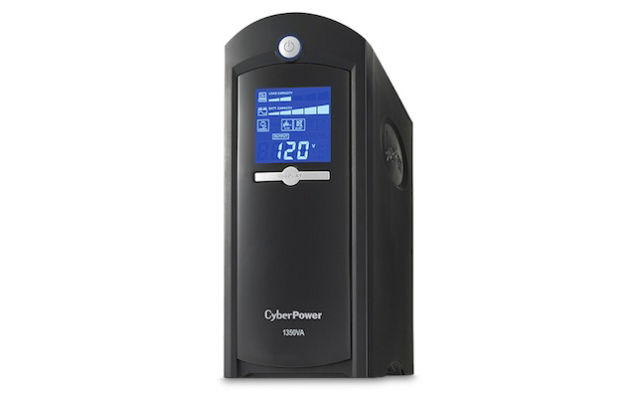 To sum up, before buying a UPS unit, it’s important to get acquainted with the technical specifications of both the UPS unit and the equipment that you planning to connect to it. Although most UPSs utilize VA ratings to indicate load capabilities, it’s safer to be aware of both Watt and VA load when choosing an UPS. Like we mentioned in “Choosing the Correct UPS (Part Two)”, Watt ratings are more accurate than VA ratings, as they take into account the so-called Power Factor (PF), that represents the watts after reactance loss. And last but not least, we highly recommend you to buy a UPS with more capacity than needed for your equipment. Thus you would reduce the risk of overloading the UPS and damaging your equipment.